ADCC trials champion, RFT Athlete Leonardo ‘Chocolate’ Lucio, voices his displeasure at the lack of respect for Luta Livre in the grappling community 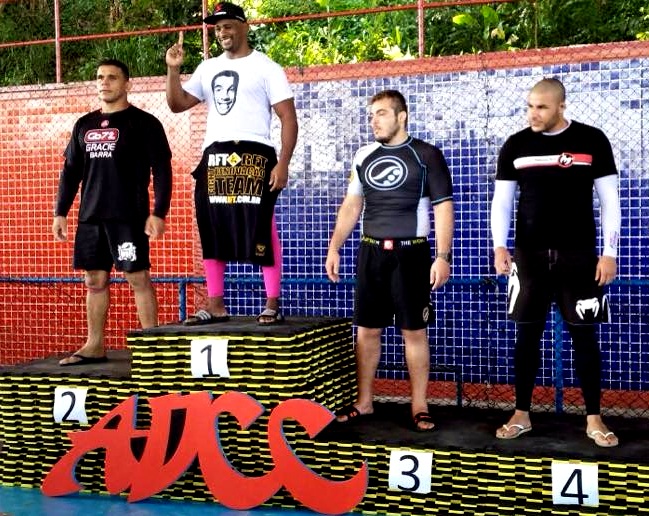 Last weekend the final of the ADCC Trials in Rio de Janeiro Brazil was held and the RFT Athlete and Luta Livre 2nd Degree Black Belt Leonardo “Chocolate” Lucio secured his pass to the next ADCC world Submission Fighting Championships. In dissatisfaction with the disregard of Luta Livre in the sports media he directly manifested his displeasure saying “I was following everything calmly and without saying anything, always being satisfied with everything, but at some point enough is enough; this shit is pissing me off”. He continued “They are used to highly exalting everyone but when it comes to promoting Luta Livre they just say few little words. As they (the media) seem to count for nothing then I am going to talk now [...]" further he tells “I have been actually off from regular training since 2012 (because of injuries and lack of financial support). Even if I had only trained 100 times all together until the day of the trials (and I am very optimistic, rising gracefully these numbers up) and I haven’t lost one submission fight since September 2009, making it clear that I participated and I still do participate today in the main events of submission and Brazilian Jiu Jitsu no gi (a discipline that doesn’t exist, because if you take off the gi to train, then you are practicing Luta Livre), winning against some of the biggest names from the Brazilian Jiu jitsu sector, being champion of the brazilian ADCC trials, then I think it is about time for all of you to start showing respect to this brilliant discipline (Luta Livre) […]" to finish he added “and if you don’t do so, you can prove me wrong if you think that I am”.

It is worth noting that his last loss was to Glover Texeira in the finals of the ADCC trials in 2009.

We wish "Chocolate" all the best in his quest for victory at the next ADCC and encourage interested parties to sponsor his efforts toward this journey.