Founded in Rio de Janeiro in 2001, the RFT Renovação Fight Team is now the largest reference of Luta-Livre Sports in Brazil and worldwide. It is currently specialized in seven forms of martial arts (English Boxing, Brazilian Jiu Jitsu, Judo, Luta-Livre, MMA, Muay Thai and Wrestling). Under the direction of Mestre Marcio Cromado, the team has been winning for over a decade, capturing numerous titles in competitions all over the world through the participation of their athletes in renowned international sports events and through the gyms that train under the RFT flag.
Marcio Cromado decided to baptize his team with the name of Renovação Fight Team precisely because of the new generation of fighters who graduated from Luta Livre, with new techniques, new lifestyle and dynamism to bring forward the name of the sport that already produced a large number of athletes. 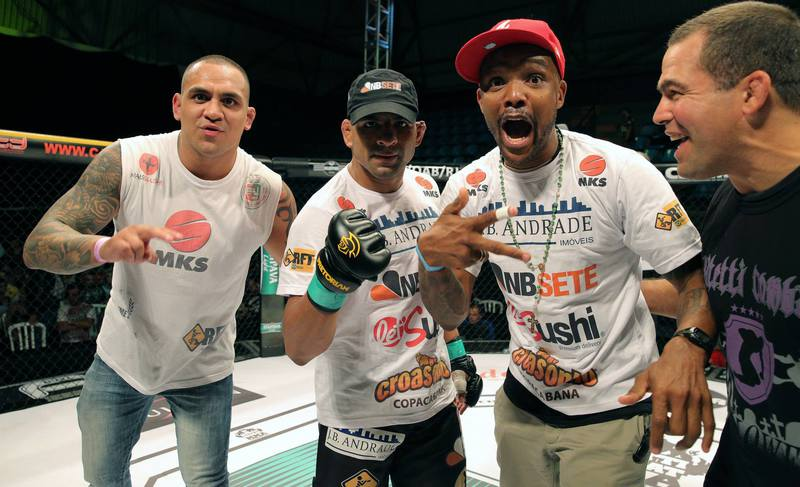 Under Luta Livre, the team is known as "FAMILIA RFT". With hard work and unity over the years, this team has gained its place and is currently among the greatest teams of MMA in the world, thus by spreading their original Style of “Luta Livre”.
RFT has athletes fighting in events such as "UFC, The Ultimate Fighter series, Bellator, Cage Fighting, Cage Gladiator, Ommac and others".
<
The Teams in Germany, Australia and Denmark are headed by sports scientist, physiologist and Luta Livre Black Belt Nico Welko. The major purpose of the RFT Deutschland is to promote the sport of Luta Livre and MMA.
Nico Welko is an official representative of RFT (Renovação Fight Team- Head Coach Marcio Cromado) in Europe, being the first RFT unit in Europe to promote professional MMA & Luta Livre training under his direction in cooperation with Partners.
Our training programs are based on scientific knowledge combined with years of experience and know-how in professional training from RFT©-Rio de Janeiro in Luta Livre and MMA.
Our programs also are aimed at amateur and recreational athletes through a differential plan of methodical-didactic training that helps to target the specific goals of each individual.
Train with us and be part of the most successful Luta Livre Team of the world!
Be part of the RFT Family!