The history of Luta Livre and Vale Tudo in Brazil. Part V

Some highlights from the fighting career of Mestre Euclydes "Tatú" Hatem. -First Part-

As mentioned earlier, "Mestre Tatú" was initially motivated to train Luta Livre with the aim of losing weight. However, over time he increasingly distinguished himself in training.

In 1933 he participated in the "Circuito de Luta Livre Amador" (english: Luta Livre Amateur Championships) and went on to defeat larger and more experienced fighters.

In 1935 "Mestre Tatú" began to attract greater attention in the media, as he progressively became more complete and determined as a fighter. In this era the matches could be won by submission, KO or shoulder pinning, in very similar fashion to the typical "Catch-as-Catch-Can" rules. "Luta Livre" was essentially the Portuguese translation for "Catch-as-Catch-Can" and also often translated as "Defenda-se como poder" or "Agarre como poder", however “Luta Livre” was the most common terminology. The rules of the original English "Catch-as-Catch-Can" were modified in the United States of America and allowed countless types of kicks and punches. This set of rules is considered as the predecessor of the Brazilian "Vale Tudo", which was also known in Brazil as "Luta Livre Americana", "Luta Livre valendo tudo", "Luta Livre - Vale Tudo" and later simply as "Vale Tudo". It was only towards the middle of the twentieth century that the name "Vale Tudo" became established. Nowadays is "Vale Tudo" considered as a pivotal source of influence for the modern "mixed martial arts" (MMA). Newspaper articles from this period, however, make clear that the rules varied from event to event. The rules generally were based on the contractual arrangements among the fighters and promoters.

According to newspaper reports, in this period "Mestre Tatú" fought mostly according to the regulations, which allowed head butts, kicks and punches, elbow and forearm strikes, chokes and joint locks, throws, etc. Prohibitions consisted of hair pulling, eye gouging, beating with a closed fist, twisting the fingers and blows to the neck as well as knee strikes, biting and attacking the genital area. The victory was obtained by submission, shoulder pinning (3 sec rule) or KO. A fighter was also considered defeated if they had not returned to the ring within 20 seconds after being dropped or thrown out of the ring. Violations of the rules, which often happened, ended in a disqualification.

“Mestre Tatú" defeated among others the Italian Attilio, the American “Tigre de Texas" and many others. He experienced his first defeat at that time agains a fighter by the name of Bogma. Due to his success, "Mestre Tatú" was considered a star of the Brazilian fight scene.

In 1936 and after he won the "Campeonato Carioca de Luta Livre" (English: The Carioca Luta Livre Cup), "Mestre Tatú" debuted as a professional fighter against the Australian Kutter. Although his opponent was much more experienced, "Mestre Tatú" forced the Australian to give up. Orlando Américo da Silva "Dudú" also became his trainer in the same year.

A month later, at a weight of 94 kilos, "Mestre Tatú" challenged an unknown fighter weighing 140 kilos, who was introduced in the professional fight scene of Brazil.

in 1935 by his manager. The manager offered an irresistible sum of money as a compensation for those who were able to defeat him. This, however, was under the strict condition that his fighter’s identity was protected, because he allegedly was under contract in neighbouring Argentina, prohibiting him from fighting in Brazil. Media sources deemed the challenge of "Mestre Tatú" as incredibly hasty and they were surprised, because this unknown fighter already defeated very well-known challengers up to that time. "Mestre Tatú" lost that fight after 40 minutes and it was perhaps the longest fight for the "Incognito Fighter". This unknown fighter hid behind a dark mask and therefore got the fight name of "Mascara Negra" (Englisch: Black Mask). The sports press speculated that it could have been Wladek Zbyszko, the Polish “Catch-as-Catch-Can” champion. Regardless, this unknown fighter won further challenges hereinafter.

Under the direction of "Professor Loanzi", "Mestre Tatú" became a "Submission Machine". The media noted this development and especially the short perior of his fights were emphasised. Most of his fights were won by chokes from the back mount. He was later know as "O estrangulador" (eng: the strangler) and his choke techniques were feared by opponents to such a degree that many of them even demanded to prohibit their use contractually. Otherwise, they signed no contract for a fight against "Mestre Tatú".

In 1937 fought "Mestre Tatú" the Japanese fighter Takeo Yano. Yano is more readily associated with the undecided fight between him and Helio Gracie in 1936 however Yano had also played an important role in the Jiu-Jitsu scene in Brazil. He made his contribution to the introduction of judo in Brazil and had also participated in the founding of the "Federação Mineira de Jiu-Jitsu". Furthermore, Yano taught Jiu-Jitsu in the Brazilian Navy and he had also trained under "Konde Coma".

"Mestre Tatu" already had the opportunity to get to know Takeo Yano's skills when he helped Yano in preparation for his fight against Helio Gracie. The fight between Yano and "Mestre Tatú" was very action-packed. Yano lost by submission (Choke) in the third round. The Japanese fighter was disappointed and wanted another fight. The rematch took place two months later, but this time according to the specifications of Yano, the fighters had to fight in Judogi and under the Jiu-Jitsu rules. The Judogi gave Yano tactical and technical advantages, which he consistently used, and threw "Mestre Tatú" two times with great violence to the ground. Following the first throw "Mestre Tatú" returned to his feet but the second throw injured his shoulder. Directly after the second throw, “Mestre Tatú” could not manage to defend himself properly, and Yano finalized it with a choke. On this fight "Mestre Tatú" got the lesson of his life. As a pure “Luta Livre fighter” he would never wear again a Judogi for any fights. There were interesting offers for a third fight between him and Yano. It was not until 1947 that “Mestre Tatú” and Yano fought again. 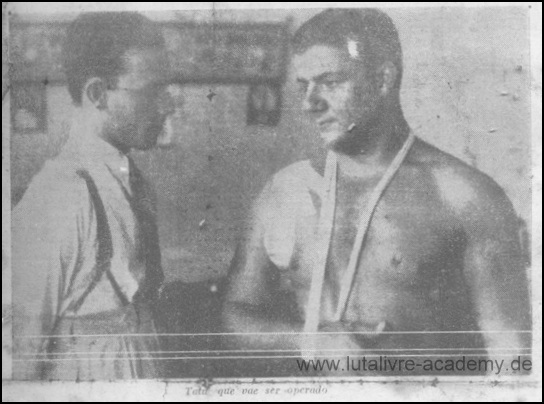 After the rehabilitation of his shoulder "Mestre Tatú" traveled to Porto Alegre, there defeating the local fighter Dante Carvallo. He also defeated other fighters without much difficulty. His coach, "Professor Loanzi", visited newspaper offices to challenge anyone to compete against "Mestre Tatú". The offer was very well paid and also covered all the travel and accommodation costs. Some fighters took up the challenge and the offer. All of these fighters were violently thrown in the fight and submitted with chokes. The fight against Luiz Stock achieved a distinct resonance in the media. "Mestre Tatú" defeated him, but Stock did not accept the defeat and demanded a new fight. The fight took place and Stock had to yet again experience defeat.

In 1940, "Mestre Tatú" travelled to Belo Horizonte to participate in the "Campeonato Mundial de Catch" (English: Catch World Championships). "Mestre Tatú" defeated all of the fighters from abroad who traveled to Brazil. The only fight that he did not win was against the Frenchman Charles Ulsemer, which ended in a draw. Two months later, both fighters met again in the finals of the "Campeonato Mundial de Catch". This time the Frenchman lost by an armbar. The referee, Oswaldo Gracie, had to go in between to separate both fighters. A close friendship between Ulsemer and "Mestre Tatú" subsequently developed and later the Frenchman also became a training partner and manager. 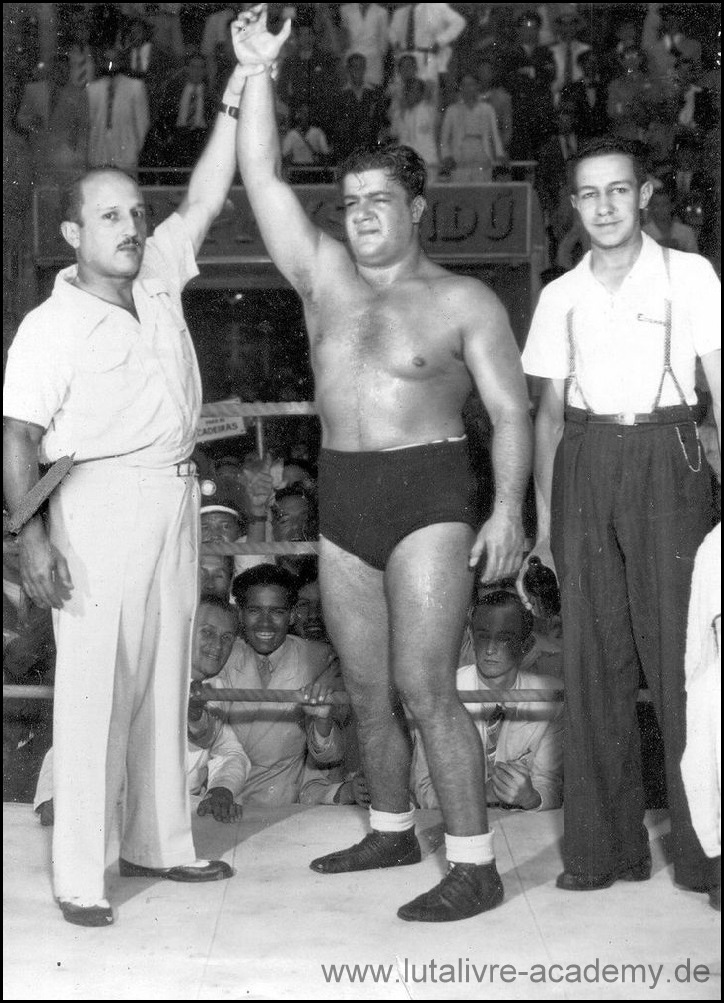 More about the career of "Mestre Tatú" as a fighter in Part VI of this series of articles.
To part VI 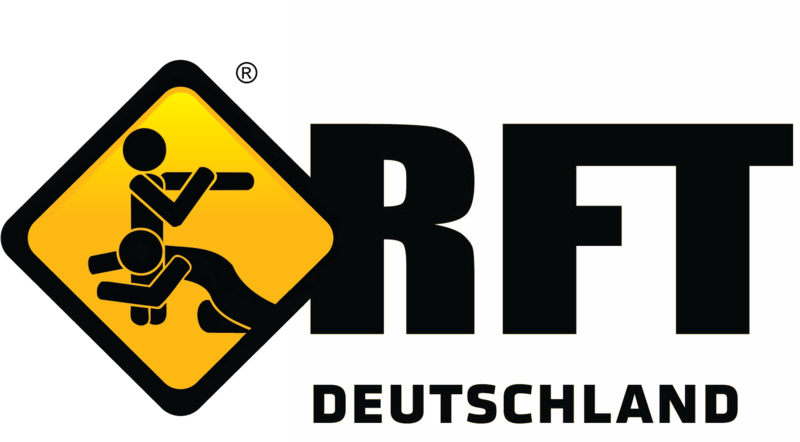